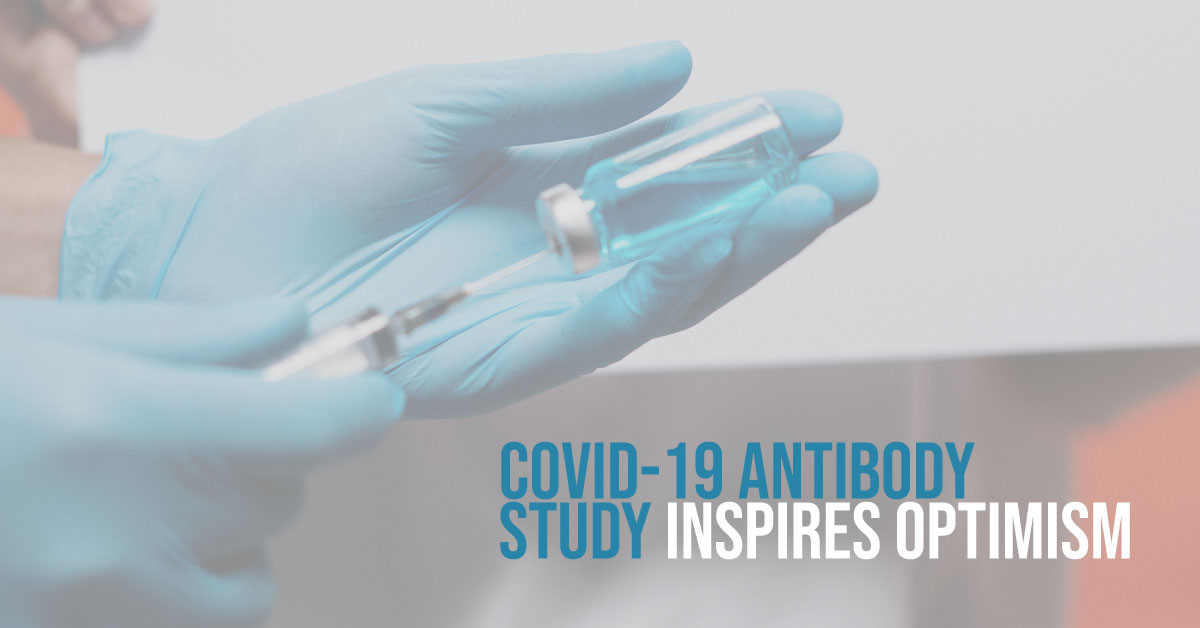 With all the gloom and anxiety shrouding the COVID-19 pandemic, here’s something to be optimistic about. In an extensive study with tests on more than 30,000 people in Iceland, researchers discovered that the antibodies that fight off the novel coronavirus last for at least four months after diagnosis and do not fade quickly – contrary to previous research stating otherwise.

This comes as good news for those working on developing a vaccine. How so? Simply put, if a vaccine or a body has the ability to initiate the production of long-lasting antibodies against the virus, it fuels hope that “immunity to this unpredictable and highly contagious virus may not be fleeting,” as mentioned by scientists from Harvard University and the U.S. National Institutes of Health in a commentary published with this study in the New England Journal of Medicine.

The study was undertaken by a subsidiary of the U.S. biotech company Amgen called deCODE Genetics based in Reykjavik along with a number of hospitals, universities and health officials in Iceland. The extensive research accounted for the testing of 15% of its population since late February – a time when COVID-19 cases were first detected in the country. Quite naturally, this vast population base spanning across several months provides a solid base for clinical comparisons.

In order to obtain samples, scientists used two methods of testing. While the first one involved testing nose swabs or other samples that detected the presence of the virus and indicated infection, the second measured the level of antibodies in the blood thereby showing whether someone was infected presently or in the past.

Blood samples were then analyzed across various parameters and a case was considered positive if two or more of the antibody tests were positive. The large sample size consisted of 30,576 people and included a range of people from those hospitalized with signs of COVID-19 to those who were asymptomatic.

Patients who tested positive were further analyzed and results indicated that the antibody count in their systems increased for two months post-diagnosis of the infection, subsequently plateaued and then remained stable for four months. It is theorized that earlier research only looked at the first wave of antibody reaction to the immune system with 28-day studies, which is why they indicated that antibodies faded quickly.

Additionally, the study highlighted the following:

1. While community settings often test for the virus using nasal or oral swabs, it may not be the most effective method of detecting the presence of the infection. When compared to blood tests, it missed out on more than half of the positive cases. This implies that blood tests are far more reliable for tracking the spread of the disease in a region and should be considered for guiding decisions such as returning to work or school

2. A third of the infections reported were in asymptomatic people

3. The first wave of the pandemic infected nearly 1% of Iceland’s population indicating that the remaining 99% were still vulnerable.

4. With an infection fatality rate of 0.3%, the virus is considered to be three times more fatal than the seasonal flu. This is in keeping with recent estimates.

However, what the study doesn’t establish is :

1. How much or which type of antibody grants immunity or protection.

2. The results of this study do not indicate that the same response will be encountered with other countries’ populations. Recent incidents across the globe have brought to light at least two cases of re-infection with the coronavirus months after their first bout.

3. While death rates have been reported based on specific groups such as hospitalized patients, the death rate among all those infected with the coronavirus is still not known.

While the study has touched upon a number of essential facets, what’s most encouraging is the fact that natural antibodies don’t disappear quickly post-infection. For those working on vaccines, this comes as positive news.