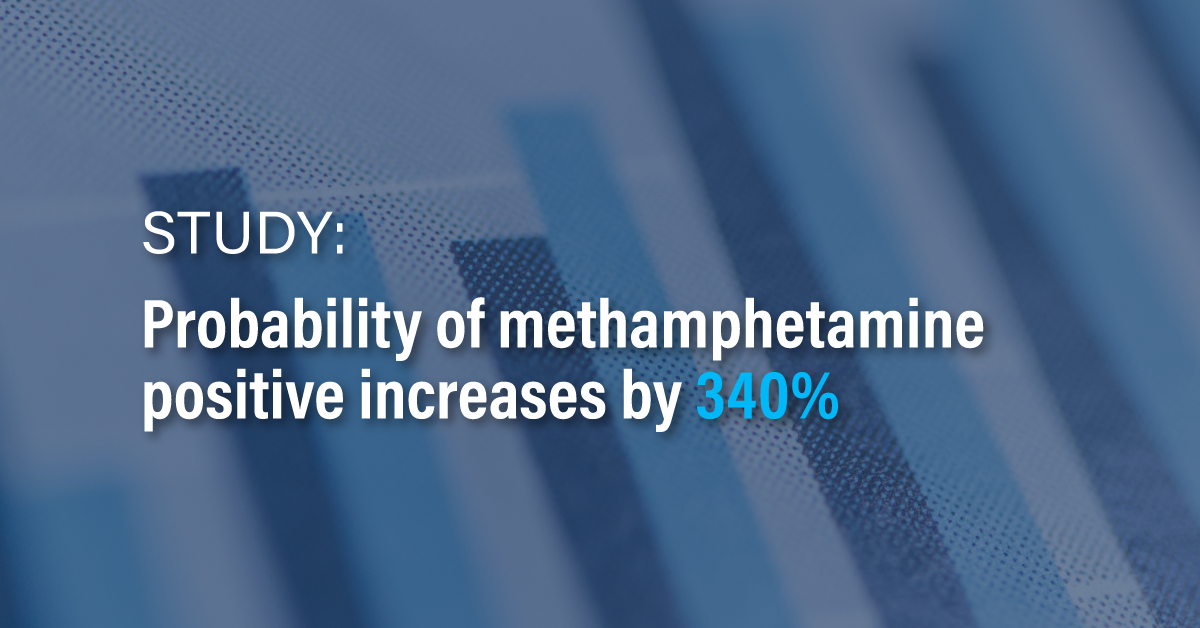 Methamphetamine, also known as blue, crystal, ice, meth, and speed, is a highly addictive stimulant that affects the central nervous system. It is mainly used as a recreational drug but is also used as a second-line treatment for attention deficit hyperactivity disorder (ADHD) and obesity.

Millennium Health conducted a study (published in the Journal of Addiction Medicine) to determine methamphetamine positivity and co-positivity with other drugs in urine drug test results geographically over time. The analysis included a sample size of two million specimens, collected between January 1st, 2014, and December 31st, 2019. The study revealed an alarming increase in definitive urine drug test positivity for methamphetamine alone and in combination with other substances.

How much was the increase?
There was a 340% increase in positive test results for methamphetamine, with the positive results also more likely to be tested co-positive for non-prescribed fentanyl, heroin, and other opioids. Positivity and co-positivity varied by geographic location.

Why is the increase in urine drug test positivity for Methamphetamine dangerous?
“Methamphetamine use can have severe consequences, some of which may last for years. Additionally, the combination of methamphetamine with other substances increases the risk of poor health outcomes, including overdose.” said lead author and Director, Scientific Communications, Leah LaRue, PharmD, PMP.

A drug overdose means excessive consumption of a drug resulting in a toxic reaction leading to serious and harmful symptoms or, in some cases, death.

Short-term health effects of methamphetamine include:

Identifying trends in definitive methamphetamine UDT results based on geography helps us bring our attention to those areas of the country where methamphetamine use is rampant. Care and prevention are critical in such areas. One way of doing this is through awareness campaigns and overdose prevention efforts that may not have previously reached the non-opioid user.