New data on cannabis use from Health Canada 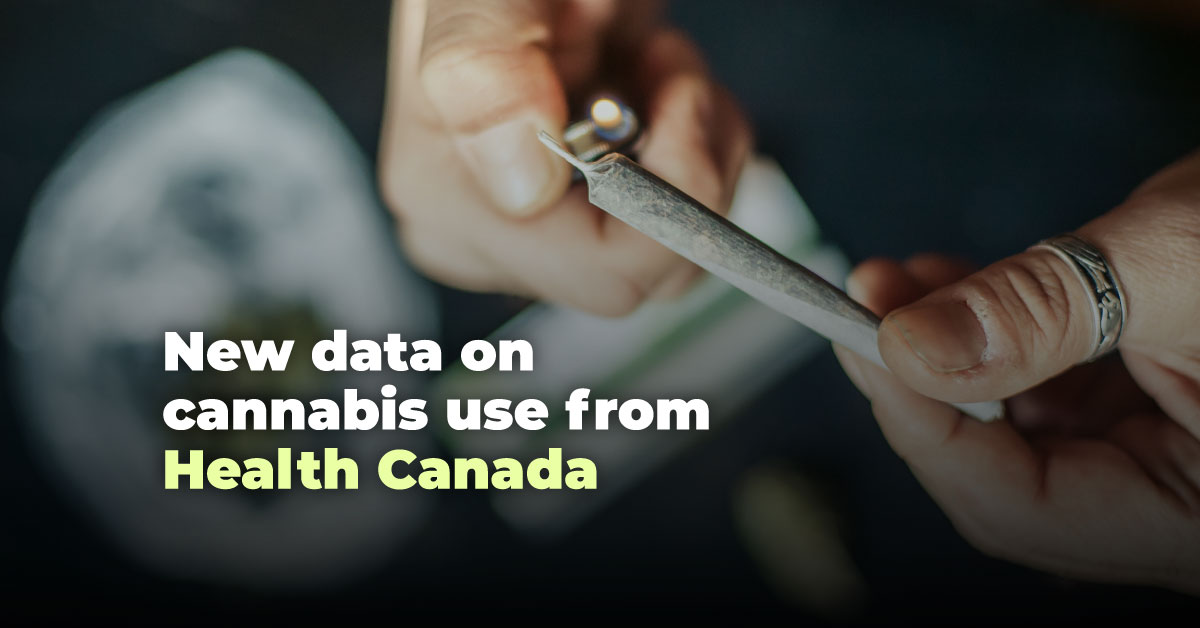 Health Canada has released data from the most recent Canadian Cannabis Survey (CCS) which sheds light on the cannabis usage habits of Canadians. Health Canada has been doing this survey since 2017 and conducts it annually to see trends in usage and information about such things as accidental consumption by people or pets, exposure to advertisements and changes in usage. All of this information is used to inform any regulatory changes or modifications that may be needed to ensure the safety of Canadian citizens. Health Canada also reviews the survey annually and makes modifications to address any gaps in the data.

New to this year’s survey were questions about accidental consumption in the home with 1% reporting that this had occurred. Of this 1% most, 48%, said it was a pet that had consumed the drug accidentally, 23% involved an adult and 13% involved a teenager.

Who is using cannabis the most has not changed, with the past 12-month use remaining highest among 20-24 year olds, as has been the case in previous years. Use among the younger groups remained the same compared to 2021, however the use of those 25 and older increased from 22% in 2021 to 25% in 2022.

Generally the frequency of use has not changed much from 2021 with 52% of those surveyed saying they used cannabis 3 days per month or less, and only 18% saying they used it daily. There was an increase in the amount of Canadians 16 years or older who reported using cannabis in the past 30 days, with 19% in 2022 compared to 17% in 2021.

All of this data, particularly the information about usage at or before work, underlines the importance of having a drug testing policy in effect in the workplace. If you suspect that someone in a safety-sensitive job is impaired, it is of utmost importance that you have a policy to back you up in your need to complete a Reasonable Suspicion test, to keep your workplace safe.

If you have any questions about drug testing in the workplace, or about how to set up a drug testing program in your workplace, please reach out to us! We are here to help guide you through all of the appropriate steps to take to ensure legal defensibility while keeping your workplace safe!