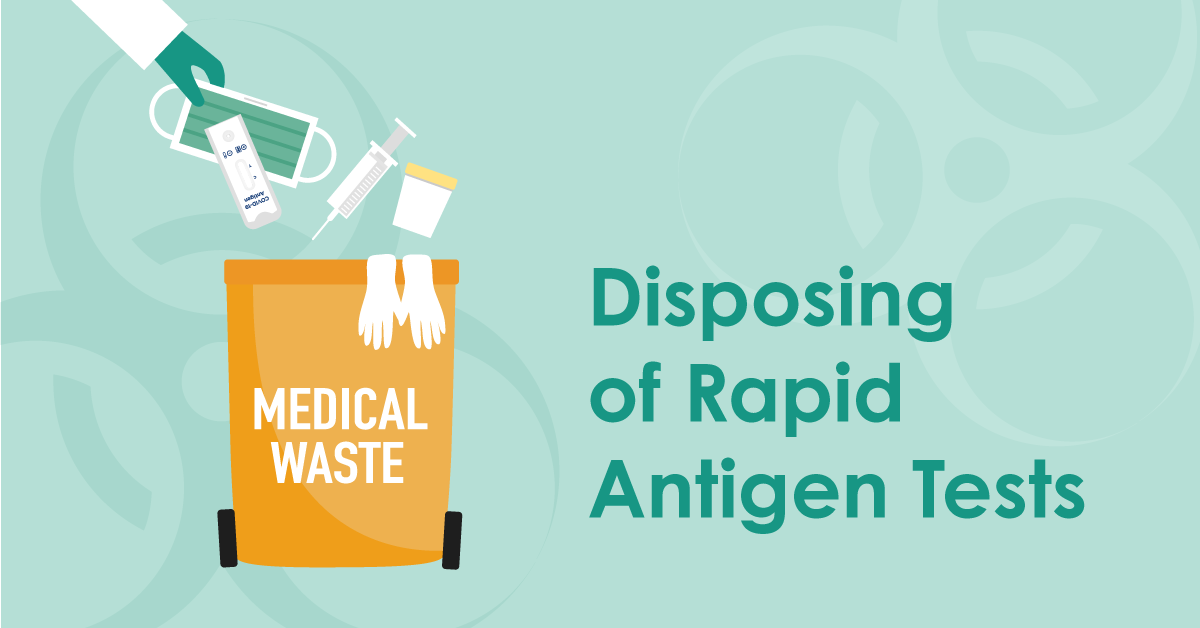 Over the course of the Omicron surge, more and more Canadians had been using rapid antigen tests at their workplaces, schools, and homes in order to detect the presence of the coronavirus.

While rapid antigen tests are quick and convenient to use, they also require proper management and disposal. Since used tests contain biological material, they should be disposed of as biohazardous waste. However, according to Dr. Miriam Diamond, a professor of earth sciences at the University of Toronto, most Canadians are more likely to dispose of them in their household garbage.

“They will de facto be going into the garbage because it’s highly unlikely that people will have segregated garbage [for biohazardous waste],” Dr. Diamond said in her interview with CTVNews.ca.

In addition, Dr. Diamond noted that certain chemicals included in rapid antigen tests could be hazardous. For instance, one of the active ingredients contained in the buffer solution of the Panbio COVID-19 rapid test sold by Abbott Laboratories and approved by Health Canada is sodium azide, which can be hazardous when disposed of down the sink.

However, she added that since the tests only contain small amounts of these chemicals, they do not pose a serious risk to the health.

“My bet is the risk is low because people will not come into direct contact with [the chemicals] because they’re contained in small quantities in these pre-packaged test kits,” she said.

The guidelines provided by the Province of Ontario for business owners state that rapid COVID-19 test kits should be discarded at authorized hazardous waste disposal sites. Currently, there are three approved facilities for the disposal of biomedical waste listed on the province’s website.

According to Brad Sheeller, the director of safety and business operations for the faculty of science at York University in Toronto, these regulatory guidelines do not specifically apply to waste generated from rapid antigen tests performed at home.

“It goes back to the difficulty in managing biomedical waste in general at home, and why it’s usually considered home health-care waste,” Sheeller said. “The possibility of trying to manage that or expecting people to do that is so difficult.”

Moreover, Sheeller mentioned that the potential health risk from disposing of rapid tests at home is very low.

“With the at-home antigen rapid test, the amount of biological material collected would be less than what is left on a tissue when you blow your nose, for example,” he said. “So the added risk from the test kits used in the home is very minimal.”