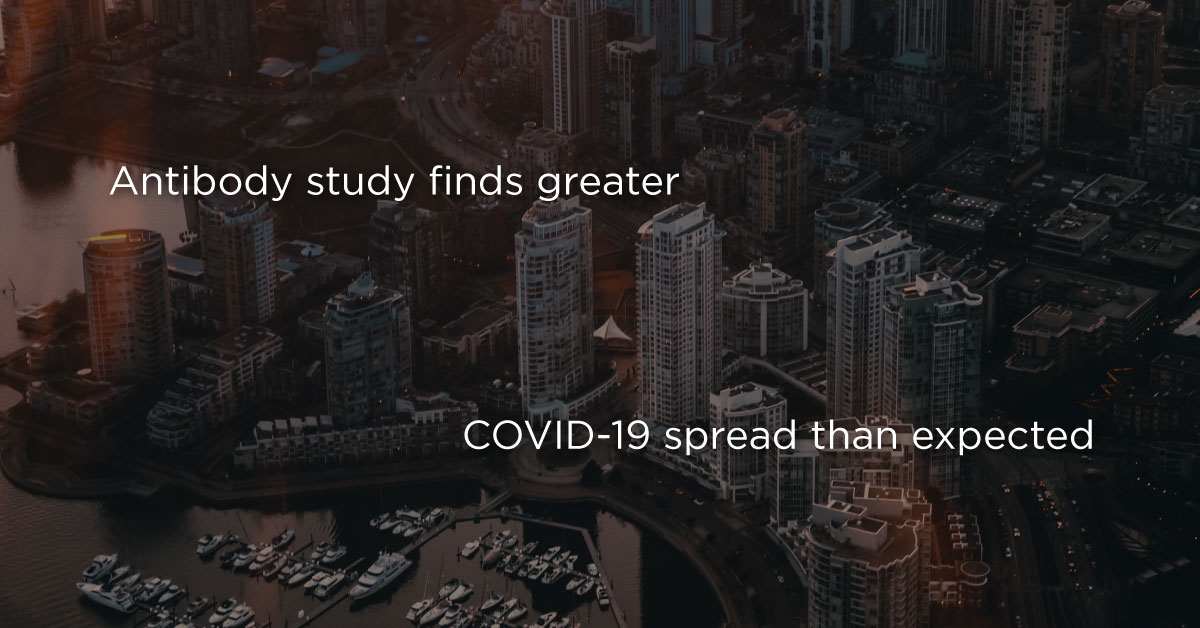 Right from the early days of the COVID-19 pandemic, the question of what may happen to Vancouver’s Downtown Eastside residents – should they be exposed to the virus – has always been one of concern.

The community is notorious for drug use and many of its members are known to live with limited resources, poverty and a number of other issues. Naturally, all this has left behind a trail of underlying health conditions.

Over 8,200 British Columbians tested positive for the COVID-19 virus and of these, nearly 3,000 of them were present within the Vancouver Coastal Health region. What is surprising is that in spite of these numbers, the Downtown Eastside community appears to have avoided a major outbreak – up until now.

According to statistics shared by the Vancouver Infectious Disease Centre (VIDC) — an independent nonprofit that provides clinical services, research and outreach on infectious diseases in the Downtown Eastside — the neighbourhood hasn’t been left behind.

Over the course of summer, the VIDC launched a series of free community pop-up clinics approved by Health Canada and staffed and funded by the VIDC. These clinics tested blood from Downtown Eastside DTES residents for coronavirus antibodies. The blood-work, which was taken by the VIDC and sent to the B.C. Centre for Disease Control (BCCDC) for testing indicates that many have had the disease.

“Our preliminary results suggest that a significant number of residents of the Downtown Eastside carry antibodies to COVID-19, indicating that they were infected at some point,” said VIDC medical director Dr. Brian Conway. He further emphasized that of the few hundred residents tested, antibodies were detected in a few dozen people indicating levels of infection primarily in shelter environments which face the challenge of a limited ability to maintain physical distancing.

Post the preliminary report, VIDC’s work progressed to the contact tracing stage. The team is now actively meeting with members who tested positive in order to understand how they experienced the disease, when they had it, where they were, and to whom they might have transmitted the virus.

To date, only a few cases have been publicly reported in the Downtown Eastside. While the Salvation Army confirmed a case at its Vancouver Harbour Light facility back in early April, the Vancouver Coastal Health warned of possible exposure at the West Pub between August 20 and September 8 and the United Gospel Mission (UGM) confirmed a positive case at its transitional housing in the third week of September.

Conway believes that the First United shelter in the Downtown Eastside was affected by an exposure subsequently linked to an outbreak at the Matsqui Correctional Institute in Abbotsford back in May this year. However, Carmen Lansdowne, Executive Director of First United mentioned that she was unaware of positive cases at her facility before September. She stated that in early September, a few staff at the facility and a tenant in a private residence, not a shelter guest, was infected and is self-isolating.

The BCCDC has the onus of publishing reports that specify the number of cases in different areas within various health authority regions. As per its most recent report that was analyzed till July 31, 48 people within the region including the Downtown Eastside were tested positive for the coronavirus. In contrast to most other areas, this number was still considerably lower.

However, the timeframe doesn’t include the time period during which the province has seen a surge in cases of the coronavirus. Up unit the past several weeks, not much has been known about how the neighbourhood has fared.

Vancouver Coastal Health has deferred to the BCCDC reporting, while it manages the cases and follow-ups in its region.

Maintaining that the overall number of cases in the Downtown Eastside community is relatively low, Micheal Vonn, CEO of the PHS Community Services Society said, “There are cases throughout the entire service continuum in the Downtown Eastside, but they’re very, very, very spare.” She further declined to comment on cases within her organization – be it staff, residents, or patients.

On the other hand, Conway acknowledged that although hospitalizations and intensive care admissions have been low in the Downtown Eastside, the present infection rate is cause for concern. “Up until now it has been sort of thought that the disease really didn’t penetrate that neighbourhood. It is incorrect to say that this neighbourhood was spared of COVID-19,” he concluded.