Top 10 Adulterants — And How to Catch Them

Despite its name, there is a lot more to drug testing than just testing for drugs. Was the sample diluted? Was anything added to the sample? Was the sample even urine? Without the right adulterant screen, a set of tests that determine whether a sample was altered or substituted, even Gas Chromatography/Mass Spectrometry (GC/MS) tests can be fooled by an adulterated sample.

A drug test is only as good as its adulterant screen, and below we’ve outlined the top 10 adulterants and other attempts to “beat” a drug test, plus the screening techniques that stop these adulterant attempts in their tracks:

Diluting a sample is one of the most common adulteration attempts. This can be done by adding water to the specimen (in vitro dilution) or through ingesting mass amounts of water before donating a specimen (in vivo dilution). In vitro dilution can be prevented by using tamper-evident tape on faucets and bluing tablets in toilets, and both forms of dilution can be recognized by a trained specimen collector due to the specimen’s clear colour.

The easiest way to detect whether a donor has substituted someone else’s urine for the sample is to measure the specimen’s temperature. Collection cups with built-in temperature strips are an ideal way to catch this adulteration attempt.

Like swapped urine, measuring the specimen’s temperature is the most common way to detect synthetic urine. Synthetic urine also has a strong unfamiliar odour, which an experienced specimen collector would recognize. Apart from the odour, high-quality synthetic urine will pass every validity test. 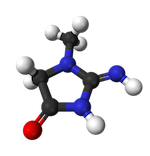 Creatinine occurs naturally in urine and is used to detect whether the urine specimen has been diluted. By screening for low levels of creatinine in a urine sample, it is possible to determine whether the donor has attempted to dilute the specimen by drinking lots of water. Donors may attempt to re-colour the near-clear urine sample by ingesting a vitamin B supplement, which will turn the urine a greenish-yellow colour. 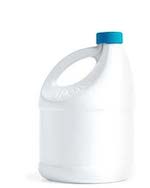 Whether it is powdered laundry detergent or a few drops of Javex, bleach and other oxidants added to a specimen can interfere with a drug test and could render the sample unusable. An oxidant adulterant screen detects this type of manipulation. 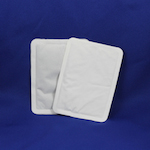 Heating pads are used to bring the temperature of swapped or synthetic urine up to a person’s body temperature. If a specimen’s temperature falls outside the normal temperature range, it could very well indicate the use of a heating pad. Heating pads can be a simple hand-warming device (which is available at most hardware stores) or a sophisticated battery-powered electronic temperature-regulated heating system. 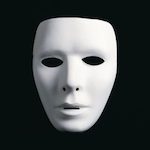 Masking agents, such as nitrites and glutaraldehyde, can hide the presence of drugs in a urine sample by interfering with the immunoassay test strips or by altering drug metabolites. Because urine does not naturally contain these agents, adulterant strips that test for these masking agents are the most effective way to catch this adulteration attempt. Many masking agents will also alter the colour of the sample, which a trained specimen collector will be able to identify.

PCC, the active ingredient in one over-the-counter adulteration system, is a chemical that is effective at masking marijuana and opiate usage in both a point-of-care testing device and GC/MS confirmation tests. PCC can be detected through a regular adulterant screen because it lowers the pH of the sample, and some adulteration tests specifically include PCC. PCC also affects the sample’s colour, which will alert a trained specimen collector to the adulterant.